What’s the Latest on Florida’s Attempt to Create an Online Notary Law? 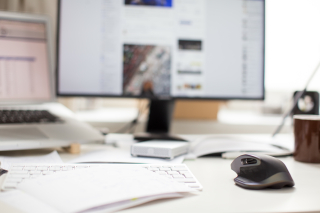 “The Florida legislature is considering making it possible for people to have legal documents notarized online.”

The Florida legislature is giving consideration to HB 409, which would make signing official documents, like a will or power of attorney, more convenient. Some have expressed concerns that greater convenience could lead to more fraud, especially for the elderly.

The San Francisco Chronicle reports in the story “Florida may allow legal papers to be notarized online” that the legislation was proposed by Representative Daniel Perez, R-Miami. The bill moved Tuesday through the House transportation and tourism appropriations subcommittee and will be considered next in the Judiciary Committee—the last step before a House vote. However, a Senate version hasn't made as much progress.

Representative Perez remarked that he’d recently traveled to Colombia and realized as he boarded his flight, that he’d failed to assign power of attorney to his in-laws. The requirement that he appear in person before a Florida-commissioned notary made it impossible to fix his oversight, he said.

The notary bill has made it past attempts by two Democrats that would’ve limited its scope. Representative Barbara Watson, D-Miami Gardens, compared the risks of fraud under the system to college students who buy fake IDs to illegally drink alcohol. She proposed requiring notary witnesses to be in the same place physically, as whoever is signing legal documents.

"When we have no one tangibly looking at this information, not having it in their hands for close inspection to verify its validity, we're in trouble," Watson said.

"I have a concern about someone going into a nursing home with an iPad and walking room to room and getting people to click buttons and then they get a couple of powers of attorney," Diamond said.

Perez responded that it was possible for criminals to take advantage of elderly people, even with the current notary requirements.

Attorneys are split. Lawyers from the Florida Bar's Real Property Probate and Trust Law section said the proposal puts the elderly at greater risk of fraud, but those in the Elder Law section said the online services will make it easier for Florida's older population to plan estates. 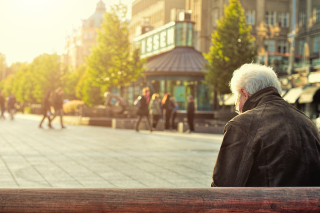 "A portion of the money was used to fund the victim's expenses to keep the victim unaware of the thefts."

A New Jersey woman pleaded guilty to money laundering for her involvement in a scheme with her sister and an attorney to steal millions of dollars from elderly clients of an in-home senior care company.

The story was reported by New Jersey 101.5 in "NJ woman pleads guilty to scamming millions of dollars from the elderly."

A New Jersey State Police investigation led to the indictment of Sondra Steen along with her sister Jan Van Holt. The latter was the owner of a company that offered elderly clients in-home care and legal financial planning. Two other employees pleaded guilty to taking part in the scheme and stealing $125,000 from an elderly couple. Van Holt and Steen were charged with conspiring with a lawyer to steal over $2.7 million from 12 elderly clients.

Van Holt would target potential elderly clients who were known to have substantial assets with no immediate family. They would be offered help through the company with non-medical services such as running errands, managing finances, getting to appointments, and housework. Steen would then serve as the client's primary caregiver.

When they had gained the trust of these elderly clients, they would take control of their finances and add their names to bank accounts by forging power of attorney documents or using false pretenses to obtain control. They then stole from the accounts to pay their own expenses. If the victim owned stocks or bonds, they were cashed out and the funds were deposited into the account allegedly controlled by the defendants. The defendants would also name themselves as executors of the wills and then name Steen as a beneficiary. Authorities began investigating the alleged laundering after the state Office of the Public Guardian referred a case involving one of the victims to the State Police.

Under a plea agreement, Steen pleaded guilty to first-degree money laundering. Prosecutors are recommending a 10-year prison sentence as well as making restitution.

Watch Out! Grandparents Targeted in Scams 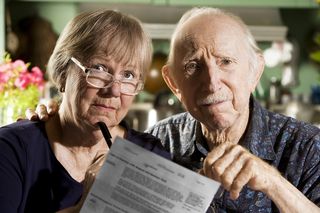 The voice on the other end of the phone line sounds sweet and concerned. There has been some trouble, so he or she wanted to reach out to your beloved grandparents. Junior, who has been traveling, needs some cash fast. Maybe there was a police incident or fender bender. What a good pal! And a friend indeed, because the caller knows things like what sports teams your grandkid roots for, where he goes to school and what bands he listens to. Grandma and Grandpa are happy to send some money via a wire transfer, a bank routing number or a prepaid money card. And of course, they'll keep it a secret from Mom and Dad, who would just overreact. Once the cash is handed over, the truth comes out: The whole thing was a con.

A recent article from the Detroit Free Press tells us that in many instances, the victims don't see their money again, particular when it’s a wire transfer. The article, titled “Loving grandparents target of latest 'send money' scheme,”says that some Michigan grandparents were out $33,000 after being told their grandson was caught fishing without a license in Canada and had drugs and alcohol on his boat. This happens quite often, and many grandparents might be too embarrassed or scared to report it to relatives or police.

The National Council on Aging says that this Grandparent Scam is one of the top 10 cons targeting seniors. The FBI cautions grandparents to resist the urge to act quickly. Make sure you confirm the caller's story, as well as the grandchild's travel schedule.

The article explains that real selling point in this scam is the personal information fraudsters retrieve from Internet and social media that convince seniors that the caller knows their grandchild. Combine this with the fact that grandparents love their grandchildren and are eager to help them out.

The scam is kicking into high gear now that we’re in the summer travel season. The article warns that the scam can also come in various forms: like the caller posing as the grandchild, as a police officer, or as a lawyer. The call often comes late at night, waking grandparents and catching them off-guard. In other instances, scammers reach out via e-mail.

Grandchildren can do their part by educating grandparents about social media and all of seemingly "private" info anyone can find out about you; telling your grandparents about your travel schedule; and making an emergency contact plan (like who you would call first if something happened while you were away or choose a code word to use to prove that the caller is really your friend). And grandparents should remember the following:

Be suspicious if the caller doesn't use your grandchild's name, instead saying, for example, "I'm Nancy, your granddaughter’s friend." They likely are waiting for you to fill the blanks with a reply, like "You mean Lisa?”

Test the caller by asking a question only your grandchild would know;