« Why Don’t Millennials Like the Stock Market? | Main | What Do I Need to Know Before Becoming an Estate Executor? »

Why is Estate Planning So Important to Black Americans? 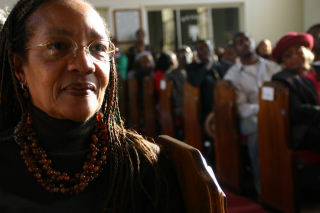 “Black Americans are 50% less likely to have a living will in place, in comparison to other groups.”

End of life planning is something the black American community should tie into discussions with families.

Many famous black entertainers have failed to plan properly. For example, Prince (who passed away on April 16, 2016), Aretha Franklin (August 16, 2018), director John Singleton (April 29, 2019) and many others did not have an efficient estate plan in place, when they died.

Black Enterprise’s recent article, “Black America Must Understand the Importance of Estate Planning” explains that dying without a will or a current will in place turned the mourning of these celebrities into a hysteria of fighting families. The article notes that the lack of a will is a social imbalance that affects many black Americans, regardless of socioeconomic standing and/or level of fame.

The idea of these big stars dying without a will seems strange in light of the fact that, after their deaths, their artistry continues to generate great income. One exception is Michael Jackson. From the day he died (June 25, 2009) to June 25, 2010, his estate—including music royalties, merchandising, licensing and more—brought in a whopping $1 billion in revenue.

However, Michael had a will in place which instructed that his financial returns should go to his children with his mother, Katherine, as the executor of his estate. In that case, there wasn’t any risk of confusion or family members trying to gain access to an estate with a seemingly endless amount of funds.

However, John Singleton, the Oscar-nominated director of such movies as Boyz N’ the Hood, Poetic Justice, Higher Learning, and the recent FX series, Snowfall, is the latest example of a wealthy person not having the right estate planning in place. Singleton’s estimated $35 million fortune is still being contested in court by his seven children—six of whom weren’t included in the 1993 will he created when his eldest daughter, Justice was born. He never updated his estate plan. According to this outdated will, Justice is the sole beneficiary of her father’s fortune. However, John’s mother, Sheila Ward, the executor of his estate, filed his will in probate court and listed his assets at only $3.8 million. Therefore, an additional $31 million of Singleton’s estate is unaccounted for.

Singleton is thought to have created a trust with other assets, like movie rights and other royalties, that doesn’t have to go through probate court. Therefore, inheritance issues involving those assets can be settled more efficiently. Otherwise, the seven siblings are preparing for an intense court fight that could be lengthy and expensive. If Singleton’s will had been updated, preferably after each child was born, his kids would’ve been financially protected and able to mourn their father in peace.

The lesson is there for everyday people who aren’t Oscar-nominated and Grammy-winning celebrities. Proper estate planning is important for everyone.