What Does a 2008 Fire at Universal Mean to the Heirs of Famous Singers? 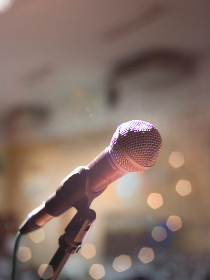 “A lawsuit was filed Friday in connection with what was dubbed ‘the biggest disaster in the history of music.’ In 2008, a warehouse fire tore through the Universal Studios backlot in Hollywood, destroying master tapes of recordings by a long list of universally known A-list artists.”

A warehouse fire on the Universal Studios backlot in Hollywood destroyed master tapes of recordings by famous and culturally significant artists that can never be replaced.

Wealth Advisor’s recent article, “Estates of Tupac and Tom Petty Join Massive Lawsuit Over ‘Biggest Disaster in History of Music’” reports that the fire is said to have destroyed over a half a million song titles, including recordings by John Coltrane, Joni Mitchell, Nirvana, R.E.M., Janet Jackson, Ray Charles, Elton John, Tupac Shakur, Eric Clapton, Ella Fitzgerald, Mary J. Blige, No Doubt, and others. In the recording industry, master tapes are crucial to preserving the integrity of the work of an artist.

These master recordings of deceased artists typically belong to their estate and may bring in millions of dollars to their families every year.

At the time of the fire, Universal Studios said the damage had been restricted to the King Kong attraction and a video vault of some old television shows and movies. A spokesperson for Universal Music Group (UMG) denied that any music had been destroyed in the fire, saying “We had no loss.”

However, this June, The New York Times published an article entitled “The Day the Music Burned,” which reported the actual details of the 2008 fire. The article reported that an archive building had been destroyed, and many original one-of-a-kind recordings were destroyed. Internal Universal communications surfaced, and the damage described as minimal, was later revealed to be catastrophic.

The public wasn’t alone when it came to learning the true details of the destruction resulting from the 2008 fire. In some instances, the artists themselves had no clue their recording works had burned in the fire. Now, more than 10 years later, a class-action lawsuit has been filed in U.S. Central District Court in Los Angeles. The plaintiffs include a growing group of artists. The most recent members of the plaintiff class to join, are the estates of Tom Petty and Tupac Shakur.

The legal action claims Universal failed to adequately protect and store the master recordings. As a result, UMG breached its contractual responsibility to the artists. The class action complaint also contends that UMG should have disclosed and shared any insurance or other compensation it received from the fire. The plaintiffs reportedly want at least $100 million in compensatory damages.

Court filings state "UMG concealed its massive recovery from plaintiffs, apparently hoping it could keep it all to itself by burying the truth in sealed court filings and a confidential settlement agreement. Most importantly, UMG did not share any of its recovery with plaintiffs, the artists whose life works were destroyed in the fire—even though, by the terms of their recording contracts, plaintiffs are entitled to 50% of those proceeds and payments."