« How Did a Taxi Driver Inherit a Passenger’s Estate? | Main | How Do You Fight Financial Elder Abuse? » 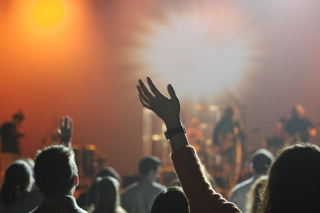 “George Michael’s former lover Fadi Fawaz plans to contest the singer’s will, after he and Kenny Goss were cut out of his £98million fortune, a source has claimed.”

The majority of the late singer George Michael’s £98M estate will go to his sisters Melanie and Yioda. Some smaller portions are going to his father Kyriacos and his close friends and former staff.

“George was devoted to his dad and sisters, they were always going to be looked after,” a source told The Sun.

Other beneficiaries named in the will are Michael’s long-time publicist Connie Filippello, his producer David Austin, his cousin Alex Georgiou, his former personal assistant Michelle May and model friend Kay Beckenham.

Fawaz is still living in the Wham! singer’s multi-million-dollar home in London’s Regent Park and he’s reportedly looking into ways he can contest the will.

The 53-year-old Michael passed away at his home in Goring-on-Thames, Oxfordshire, on Christmas Day 2016. Court filings say his estate can now be divided, two years after his death.

His sister Yioda will decide which of the singer’s friends receive what parts of the will, it states.

Former bandmate Andrew Ridgeley was mentioned in the will, but his ex-girlfriend and former Wham! backup singer Shirlie Kemp received a share. However, Michael’s long-term partner, Kenny Goss, and Fawaz are not included in the will. Fawaz dated George from 2012 until his death and found his body.

Fawaz has been squatting in Michael’s home, after ignoring legal letters telling him to vacate the premises.

A substantial portion of the singer’s possessions, including a piano once owned by John Lennon, were donated to The Mill Charitable Trust in his will.

Michael was a long-term supporter of a number of charities, such as Childline, the Terrence Higgins Trust and Macmillan Cancer Support, each of which could also be bequeathed large sums.