« What Do I Need to Know About Special Needs Trusts? | Main | What’s the Latest on George Michael’s Estate? »

How Did a Taxi Driver Inherit a Passenger’s Estate? 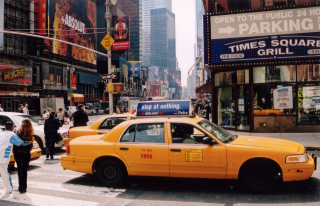 “A taxi driver who inherited a passenger’s entire estate has been slapped with a huge legal bill after the will was overturned following a bitter legal battle.”

A cabbie who inherited his passenger’s entire estate has been hit with a big legal bill, when the will was overturned after a contentious legal battle.

The New York Post’s recent article, “Cab driver slapped with massive legal fees after inheriting passenger’s estate,” explains that the bizarre story began years ago, when British taxi driver Dean Hughes agreed to transport 348-pound Gary Mendez to various pubs. Many other cabbies refused to take him because of his great size.

Over the years, the two men struck up a friendship. Then, in February 2016, Mendez allegedly phoned Hughes and told him he wanted to leave his entire estate to him in his will, including his home. The two met (where else?) at a pub to sign the legal documents. However, this disinherited Mendez’s long-term partner Hermes Rodrigues. The couple had been in a relationship since 2001. Gary had originally left everything to Rodrigues in an earlier will, that was drawn up in 2013. Rodrigues decided to contest the later will and won, after a judge ruled that Gary had been too affected by alcohol and ill health to fully understand his actions.

At Central London County Court, Judge Eaton Turner stated, “I have great doubts whether Gary had a proper understanding of the contents and effect of the 2016 will. In my judgment, Gary, by this time, no longer had a balanced view of the claims and, in particular, had lost sight of his previous promise to leave the house to Hermes.”

The judge declared the will invalid, so Rodrigues will now inherit the house.

Hughes was also been ordered to pay 85% of the court costs associated with the legal battle, estimated to be more than $63,000. The judge dismissed claims that the cab driver placed his customer under “undue pressure” to change the will. However, he found that Rodrigues “made a substantial contribution to Gary’s welfare over a significant period of his life.”

During the trial, Rodrigues said Mendez had promised to leave his home to him.

“He told me that it would always be my home whatever happened, even if our relationship broke down,” Rodrigues said.