« How Can Gen Xers Find a Money-Life Balance? | Main | What Happens to the “Stretch IRA” with the New Law? »

What’s Going on in Congress with Alzheimer’s Legislation? 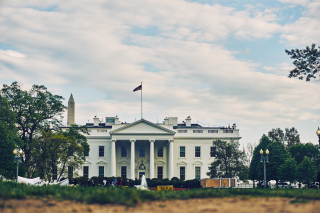 “Bipartisan legislation that would amend the Older Americans Act to allow individuals aged less than 60 years, who have a diagnosis of younger-onset Alzheimer’s disease, to access the support programs of the act, was featured Tuesday at a hearing of the Senate Special Committee on Aging.”

Nutritional programs, supportive services, transportation, legal services, elder-abuse prevention and caregiver support have been available through the OAA since 1965. However, under the current law, only individuals over 60 are eligible.

“These programs would make a huge difference in the lives of individuals living with younger-onset Alzheimer’s disease, who don’t have support services available to them,” said hearing witness Mary Dysart Hartt of Hampden, ME, a caregiver to her husband, Mike, who has young-onset Alzheimer’s.

About 200,000 individuals aged less than 65 have younger-onset Alzheimer’s disease, according to hearing witness Clay Jacobs, executive director of the Greater Pennsylvania Chapter of the Alzheimer’s Association, North Abington Township, PA.

“The need to reach everyone affected will grow significantly in the coming years,” he said.

Senator Collins was a founder and co-chair of the Congressional Task Force on Alzheimer’s Disease. She noted that she and Casey are leading this year’s OAA reauthorization efforts.

Senator Collins said she was also introducing the “Lifespan Respite Care Act” with Senator Tammy Baldwin (D-WI) Tuesday “to help communities and states provide respite care for families.” This legislation would earmark $20 million for fiscal year 2020, with funding increasing by $10 million annually to reach $60 million for fiscal year 2024. The program lets full-time caregivers take a temporary break from their responsibilities of caring for aging or disabled family members.

“Whenever I ask family caregivers, which included my own mother, about their greatest needs, the number one request that I hear is for more respite care,” Senator Collins said.