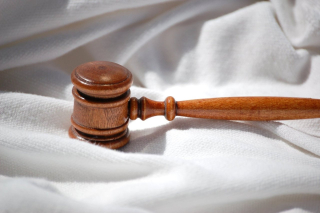 “New legislation signed by Virginia Governor Ralph Northam will help fight abuse, neglect and exploitation of senior citizens, according to a prosecutor who requested the legislation and 38th District Sen. Ben Chafin (R-Lebanon), who introduced the bill in the Virginia Senate.”

“Elder abuse is a growing epidemic in our Commonwealth, yet these cases are under-reported and remain very difficult to prosecute for various reasons,” says Chuck Slemp III, commonwealth’s attorney for Wise County and the City of Norton.

The Southwest Times’ recent article, “Law boosts tools to fight elder abuse,” reports that Slemp requested the new legislation. This law goes into effect July 1 and will help protect adults age 60 and older and physically or mentally incapacitated adults age 18 and older. The legislation provides a framework for local departments of social service and commonwealth attorneys to create one or separate multidisciplinary teams to review cases at all stages of investigation and prosecution. The teams would be made up of professionals from diverse disciplines. The team goals would be as follows:

Slemp said that he was thrilled that the bill will become law to give the state additional tools in the effort to fight elder crimes and to establish a framework for a team-approach to review these situations. The Commonwealth’s attorney for Wise County and the City of Norton added that he was grateful to Senator Chafin and 4th District Delegate Todd Pillion (R-Abingdon), who introduced the House version of the legislation.

“Every day the elderly are taken advantage of financially and abused. It is our responsibility in the General Assembly to help protect the most vulnerable of our citizens. Commonwealth Attorneys and law enforcement need all of the tools available to effectively prosecute elder abuse and financial exploitation,” said Chafin. “Multidisciplinary response teams will aid in the prosecution of these crimes and will bring these criminals to justice.”

Pillion added, “With an aging population, particularly in rural areas, it’s critical we form the systems and processes needed to help safeguard people who may find themselves in abusive situations.”

Slemp believes that the new bill will help localities to concentrate additional resources on the “epidemic” of elder abuse.