« What are Common Mistakes that People Make with Beneficiary Designations? | Main | How Can Gen Xers Find a Money-Life Balance? »

How Can a Power of Attorney Mistake Leave You Penniless? 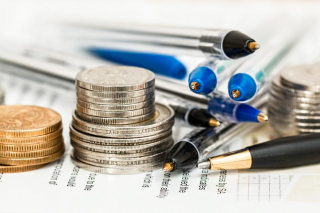 “Within a matter of days, Jorgensen became a widow and lost more than $70,000 from the joint bank account she shared with her late husband.”

Just before Dorothy Jorgensen's husband died of cancer, he altered his power of attorney and designated one of his relatives. That relative withdrew everything but a few bucks, reports WPRI.com in the article “Son questions power of attorney after mother's bank account is drained.”

The couple had been married for almost twenty years. Both had added money to the account.

"My mother is still alive, and my mother needs to continue living," Weston said.

The son called the police, because he claims there's no way the power of attorney document for his stepfather was legitimate.

"He was on morphine at the time," Gene Weston said.

According to a local police report, detectives interviewed several people and found Jorgensen's husband was "only taking a minimal dose of meds."

Police determined that Mr. Jorgensen "acted with his own free will" and ended their criminal investigation.

However, these types of cases involving powers of attorney often wind up in civil court. When people make a change to a power of attorney right before their death, it can raise concerns, especially when the person is elderly and on medication.

One thing that many people don’t know, is that they can limit the power of attorney document to protect a surviving spouse or family members.

It's important to carefully choose an agent and make certain that the power of attorney is properly notarized. You should select a person whom you trust, and whom you know will do the right thing for you, in case you can’t make your own decisions.

The relative who withdrew the money from Jorgensen's bank account was not willing to speak with a reporter. However, she said that she did nothing wrong. While this may be legally correct, clearly the amount of money taken by the relative that left the widow without any money, was not the right thing to do.