« Why is Estate Planning so Important for Cancer Patients? | Main | How Do I Know If My Mom’s Estate Was Divided Properly? »

What is Tennessee Doing to Combat Elder Financial Abuse? 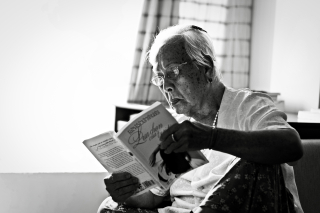 “Last week’s actions by legislators—which are just now getting underway—seek to increase the penalty for those who are financially exploiting Tennesseans through telephone and electronic scams.”

The Cleveland (TN) Daily Banner’s recent article, “Elder financial abuse leads recent legislation,” reports that one of the Tennessee 111th General Assembly’s major actions was the elder financial abuse and fraud bill. The new bill would increase the penalty for those financially exploiting Tennesseans through telephone and electronic scams.

House Bill 799 intensifies the state’s focus on crimes against the elderly.

“House Bill 799, as it was introduced, increases the penalty and broadens the offense of financial exploitation of an elderly or vulnerable person to include the use of a telephone or other electronic or communication device,” state representative Dan Howell (R-Georgetown) explained.

The legislation identifies as its target the use of these devices with the intent “… of fraudulently or deceptively obtaining, or attempting to obtain … money, property or anything of value from the victim,” Howell said.

Mark Hall (R-Cleveland), who represents the 24th Legislative District, agreed with Howell’s interpretation and stressed that these types of crimes, or attempted crimes, are being reported statewide.

“According to media reports, law enforcement officials have been warning Tennesseans, especially our elderly and vulnerable adults, about potential scams targeting these groups during tax season,” Hall stressed. “Some of these scam artists will call or email, and pose as an Internal Revenue Service official, asking for sensitive information.”

Howell and Hall cautioned all state residents, “Don’t be fooled by these callers. Ask for a name, title and phone number, but don’t call back. Report any suspicious activity to the proper authorities.”

Tennessee is one of many states now addressing elder abuse legislation.

One of Tennessee’s biggest advocates against these types of crimes is the Tennessee Bankers Association. For the past several years, the TBA has pushed for stronger laws governing the financial abuse of senior citizens.