« Iowa Senator Sponsors Elder Abuse Prevention and Prosecution Act | Main | How Can I Use My Life Insurance to Give to Charity? »

How Should I Take My Pension Pay-Out? 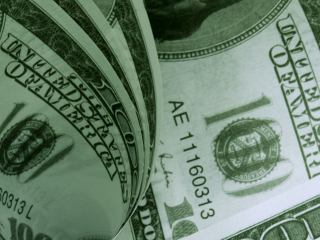 “Not so many years ago, financial advisors viewed retirement planning as a three-legged stool. The first leg was a pension, the second Social Security and the third a retiree's savings. Over time, pensions have fallen by the wayside, and aside from government workers and teachers, an active pension plan is rare.”

Many retirees have legacy pensions. As they retire, they have the option of drawing those pensions or taking the accrued value in the pension as a lump sum.

Investopedia’s recent article, “Pension Planning: Lump Sum Versus Monthly Payments,” says that the pension provider takes the risk of both sub-par market returns and the possibility that the retiree will live longer than expected. The article raises several thoughts to consider, when making the decision:

Implied Return on Pension. Calculate the return on the pension, by assuming the lump-sum you could take was invested, and it generated a stream of income. The longer the pension pays out (the longer the retiree lives), the higher the implied return. Compare that return to the long-term return one would expect from investing in a diversified portfolio. This is heavily influenced by the amount of the lump-sum and varies greatly by person.

Impact on Retirement Plan. A retirement plan should be designed to fully fund the retiree’s spending needs through the balance of his or her life. If the plan includes an investment portfolio, the portfolio is usually a key source of income—but it’s an uncertain source of income, because returns will vary. The pension, however, is a steady stream of income that won’t vary, and usually won’t even adjust for inflation. For some plans, this is okay, since the static nature of the return is more important than the fact that the income doesn’t grow. In other situations, growth is needed.

Spending Habits. If spending is variable or if there’s uncertainty in spending needs, use caution. This may not mean going with the lump sum, or it could simply require delaying the pension decision. The more complete the information, the easier it is to decide.

Health of Pension and Trustee. Pensions can be underfunded, and trustees can and do go bankrupt, meaning a reduction or even the elimination of pension payments for plan participants. It doesn’t happen often, and when it does, the Pension Benefit Guarantee Corporation (PBGC) may take over the payments. In recent years the PBGC has been underfunded, and it’s not easy to predict where things may be in ten years. Do your best to do the research, so that you have a clear picture of both how well-funded the plan is and the position of the trustee.