« Will New Jersey Create Portable IRAs? | Main | How Do I Do Estate Planning for My Coin Collection? » 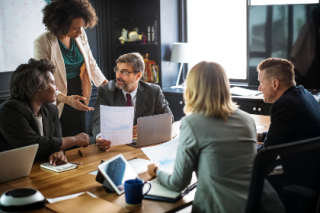 “New Jersey may join a small list of states, including Oregon and Vermont, creating “portable IRAs,” or retirement plans you can take with you, even if you change jobs.”

A proposed bill in the New Jersey legislature would permit employees who work for businesses with 25 or more workers to be automatically enrolled in a professionally managed retirement plan, unless they choose to opt out.

The bill, S-2891, would create what’s called the “Secure Choice” retirement program, so workers without employer-sponsored retirement plans have an option to save for retirement. It’s sponsored by Jersey state senators Joseph Lagana, Troy Singleton, and Shirley Turner, reports The Philadelphia Inquirer in the article “Should New Jersey embrace portable retirement savings plans?”

“The New Jersey Secure Savings Program will make available to private-sector employees, a convenient and efficient way to save for their retirement,” said Senator Lagana in a statement. “Access to retirement savings accounts through an employer is among the best ways to effectively save. The savings program will accomplish the goal of helping hardworking New Jerseyans prepare for their future without burdening our businesses.”

“The majority of American workers in the private sector do not have access to an employer-sponsored retirement plan, and this is especially true for low-wage workers,” said Singleton (D., Burlington).

It’s not known whether the bill will pass. Business groups may oppose the bill, due to administrative costs. However, the legislation would let employees create individual retirement accounts and contribute via automatic payroll deductions. The program would target the growing number of businesses that don’t provide retirement plans for their employees.

“There are so many people working right now, paycheck to paycheck, who do not have any money saved for retirement because they can’t afford to,” said Senator Turner. According to AARP, about 1.7 million people in New Jersey don’t have a vehicle to save for retirement at their jobs.

The bill states that the program would be overseen by a seven-member Secure Choice Savings Board, with members appointed by the governor, the Senate president and Assembly speaker. The savings fund would be outside and apart from other state funds, and neither employers nor the state would have any liability for, or claim to, the fund.

In Pennsylvania, the state treasurer has proposed similar “portable IRAs" or multi-employer plans for the commonwealth. His idea has yet to gain any support, but that may change as the state’s population ages. According to research, baby boomers are aging in Pennsylvania without sufficient savings. Aging demographics especially, will be an issue in Pennsylvania, currently the seventh-oldest state in the country.