« What Do The Letters Mean After My Financial Advisor’s Name? | Main | When Should I NOT Open an IRA? »

Why is Actress Edie McClurg’s Family Asking the Court for a Conservatorship? 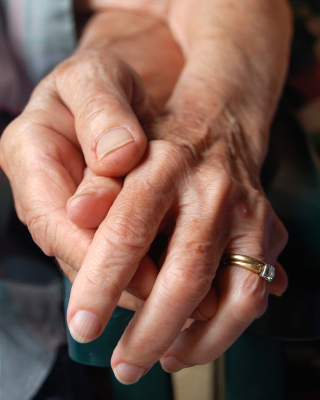 “Edie McClurg, whose acting credits include the 1986 hit movie Ferris Bueller's Day Off, has been battling dementia prompting her family to seek court intervention.”

Family and friends of the 67-year-old actress Edie McClurg recently filed court documents requesting a conservatorship to manage her affairs, according The Daily Mail article, “Edie McClurg of Ferris Bueller's Day Off suffers from dementia prompting family to seek conservator.”

They said neurological tests provide evidence that McClurg is unable to live alone without assistance and is “especially vulnerable to undue influence, given her poor judgment and evident dementia.”

A conservatorship is a court case where a judge appoints a responsible person or organization (“conservator”) to care for another adult (the “conservatee”) who is unable to care for herself or manage her own finances.

Court documents show that her family and friends have an immediate concern about a 72-year-old male friend, who has been living with McClurg for several years. The individual has discussed marrying her. However, McClurg's family and friends don't believe she's capable of understanding their relationship. They also allege that he’s been verbally abusive and tried to compel her to sign documents altering her estate planning. The filing asked the court to appoint McClurg's cousin Angelique Cabral as the conservator.

McClurg played Grace, who was the assistant of Principal Edward R. Rooney, in the 1986 teen comedy Ferris Bueller's Day Off, starring Matthew Broderick. She made her film debut in the 1976 horror movie Carrie by director Brian De Palma based on a novel by Stephen King.

McClurg's film credits also include A River Runs Through It; Planes, Trains and Automobiles; and Back to School. The actress also has done voice work on film and television including The Little Mermaid, Frozen, Wreck-It-Ralph, and A Bug's Life.

McClurg was born and reared in Kansas City, Missouri. She graduated from the University of Missouri Kansas City and also earned a master's degree from Syracuse University.