« Give the Gift of Estate Planning | Main | What Should I Be Doing 10 Years Before Retirement? »

“Bush famously wasn’t a self-made millionaire before the 1960s, when he was already in his early 40s.The presumption there is that he didn’t personally inherit a huge amount of wealth early on. Tax returns back it up.” 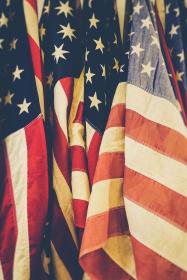 For a guy who was often derided as living in a bubble of “old money,” George H.W. Bush didn’t accumulate a whole lot of cash. However, he really didn’t need to. The whole point of dynastic wealth is that it creates a seamless support system from cradle to grave, says Wealth Advisor’s recent article, “American Dynasty: What G.H.W. Bush Leaves Behind (And Who Steps Up To Inherit).”

Bush begins near zero on paper, sells his oil company and lets the interest accumulate. When his father dies, he doesn’t record more than a $1 million windfall. At that time, these were still impressive numbers, but it wasn’t exactly dynastic money. For a Bush of his era, it’s just money. The real non-negotiable asset is the Maine summer home. He paid $800,000 cash for it when he joined the Reagan White House and sold his Texas place to raise the money. However, his 1031 exchange switching houses backfired, because he still claimed Texas residency and so got no tax break on the capital gain.

Interestingly, the Kennebunkport house hasn’t been passed on through inheritance for generations and has never been put into a trust. The relative willing to take on the house would buy it from the previous owner’s estate, but it’s currently assessed at $13 million. Purchasing it would trigger roughly a $12 million capital gain today and wipe out the entire estate tax exemption for he and Barbara.

However, President Bush had world-class tax planning, and the family lawyer in Houston has been with him since the 1980s. The house isn’t in a trust yet, but it’s owned by a shell partnership that plays a similar function.

Bush owned the partnership, and now that both George and Barbara are gone,  the partnership might roll into a trust to distribute shares in the house to the children. If that’s the case, provided the kids see value in keeping the house, the trust pays the bills. Otherwise, they will sell it one day and distribute the proceeds.

Presidential memorabilia is very valuable. Most of the President’s collection went to his library. Otherwise, there might not be a lot of cash because George didn’t live very lavishly. His government pension probably was used for his everyday expenses. Any cash left in that trust, might well have accumulated for the beneficiaries. However, interestingly, much of the income was given to the kids years ago. This may have made a big difference establishing them in lives of business and philanthropy.

Reference: Wealth Advisor (December 3, 2018) “American Dynasty: What G.H.W. Bush Leaves Behind (And Who Steps Up To Inherit)”