“Stan Lee, the co-creator of superheroes including Captain America and Spider-Man, left this universe with a long list of unfortunate events, and not even the Avengers can help with this one.” 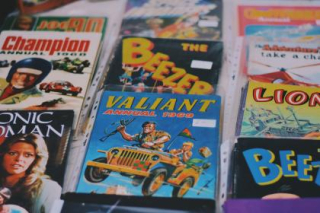 The 95-year-old former Marvel Comics publisher and chairman, Stan Lee, was ill for the last year. He was survived by his 68-year-old daughter J.C. and had other challenges in the past few years, in addition to ill health: his wife of nearly 70 years died in July 2017, and earlier in 2018, Lee was accused of sexually harassing nurses and home aides. He also said that $1.4 million dollars went missing from his bank accounts. Lee said that $850,000 of the stolen money was used to purchase a condo.

MarketWatch’s recent article, “Stan Lee’s tangled web of estate planning ­ and how to avoid it in your own life,” reports that Lee had also hired and fired several business managers and attorneys in this time.

“I learned later on in life, you need advisors, if you’re making any money at all,” he told the Daily Beast in a 2018 interview. He also remarked that he’d done much of his own money management at the start of his career.

“But then, a little money started coming in, and I realized I needed help. And I needed people I could trust. And I had made some big mistakes. And my first bunch of people were people that I shouldn’t have trusted.”

It’s not known at this point, if Lee had a will or any trusts in place. If he did not, then he’s joining other late celebrities like performers Aretha Franklin and Prince who failed to draft these documents. As a result, their heirs and potential beneficiaries have had to go to court to straighten things out.

Keeping track of an estate plan can become harder as a person ages because he or she could suffer cognitive decline, or a professional or family member may think he or she is suffering from this. Stan Lee was the subject of this type of inquiry: in February, he signed a document declaring that his daughter spent too much money, yelled at him, and befriended three men who wanted to take advantage of him, the Hollywood Reporter reported. However, a few days later, Lee took it back.

Seniors can become get less confident in what they’re doing, and they are more susceptible to the influence of others, who may not have the best of intentions.  However, you can easily create an estate plan with which you’re comfortable, with the help of an experienced estate planning attorney.

A big rat’s nest that will need to be addressed by Lee’s daughter, will be dealing with the many business documents that may be floating around from his current and past business managers and attorneys. To avoid this, work with an estate planning attorney and ask some specific questions, such as:

Reference: MarketWatch (November 17, 2018) “Stan Lee’s tangled web of estate planning ­ and how to avoid it in your own life”