What Can I Do If I Was Left Out of a Will?

“Being left out of a will, is not a situation most people want to be in.  However, sometimes when a will comes to light, its contents are unexpected. They can exclude those who assumed they would be included. If you are left out of a will, there are some time-sensitive steps you should take to at least clarify what has happened, and perhaps contest it.” 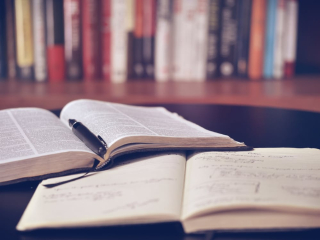 In most will contest cases, you are required to show coercion, diminished mental capacity or outright fraud to have a will's terms dismissed, according to Investopedia’s article, “What To Do When You're Left Out Of A Will.”

Before making a federal case out of it, cool down for a few days and think things through. If you aren’t a family member and were never named in a previous will, you can’t contest the will. If the deceased talked to you about an inheritance before, write down as much as you can remember and estimate the dollar value (whether in money or possessions). If it was never discussed but was implied, you’ll need to give a high and a low estimate on what you could have reasonably received based on your knowledge of the estate. If this amount doesn’t cover your legal fees, forget it. You may even walk away, if it’s twice as much as the retainer, because some estate battles cost more in legal fees than the inheritance. Again, consider this carefully.

The person who creates the will has the final word on who is and who is not in the will. If you have reason to believe that the will has changed, maybe because the person was under duress or suffering from diminished mental capacity, you can try to find out the details. You can ask the executor for the current will, any previous versions and a list of assets.

A sharp executor will compare copies of the will and note any significant changes. Therefore, it’s possible that a notice from the executor will be your first signal that you were removed from the will. If you aren’t told before the will goes to probate, you’ll be able to get a copy from the probate court. In addition, you’ll be told how long you have to contest the will. Each state has different rules and time limits, so ask a local estate planning attorney to help you get the copy and file the contest.

To contest the will, you need a valid reason. You need to reasonably prove that the testator lacked the mental capacity to understand what he was doing when the current will was signed, was pressured into changing it or that the will fails to meet state requirements and isn’t legal.

Your attorney will honestly tell you if you have a winnable case on these grounds. If you don't have grounds, there’s still a chance you can make a claim on the estate. For instance, if you did unpaid work for the testator, you may be able to claim costs. Again, look at the value of the claim versus the costs of moving forward.

With sufficient grounds, your attorney will file a contest against the will with the objective of invalidating the current will and enforcing a previous will that lists you as a beneficiary. If you’ve been left out of several revisions of the will, your chances of winning the dispute will be less because multiple wills must be invalidated. The burden of proof is on you, so be ready for a tough fight.

Instead of a court battle that will deplete your finances and those of the estate in legal costs, your attorney may be able to get the estate to agree to mediation. Mediation may be a better and faster resolution than a lengthy court battle.

With all of this, take into account the emotional stress. Being left out of a will is a bitter pill to swallow, but wasting time, money, and effort with heaps of stress fighting a losing battle will be much worse.