« Did Microsoft Founder Paul Allen Have an Estate Plan? | Main | How Do I Plan the Succession of My Business? »

Rapper’s Unreleased Recordings to be Returned To His Estate

“There have been big “Changes” to the state of some of Tupac Shakur’s previously unreleased music.” 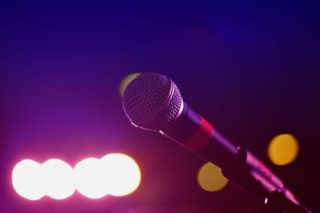 A collection of recordings that the hip-hop icon Tupac Shakur made before his death, has been returned to his estate.

It’s part of a settlement of a drawn-out legal struggle, according to TMZ.

In addition, The New York Daily News reports in its October article, “Unreleased Tupac music returned to his estate after drawn-out legal battle,” that Tupac’s estate accused the Entertainment One company in a 2013 lawsuit of keeping a strong grip on his unheard master tracks, and at the same time retaining royalties for some of the rapper’s music.

The lawsuit alleged that Entertainment One breached a contract to pay Tupac’s estate royalties worth seven figures for 2007’s Beginnings: The Lost Tapes. Tupac’s estate also sued for the ownership of the master recordings for all of the artist’s unreleased music.

Tupac’s unreleased recordings will now be returned to his estate, while a six-figure payment will be made to cover the royalties.

It’s not certain what will happen to those unreleased tracks, or if there is any plan to release them to the public.

Shakur’s mother, Afeni, had been leading the battle to protect her son’s estate. The litigation over his recordings continued after her death in 2016 at the age of 69, after suffering a heart attack.

“My son left many incomplete pieces and even more unfinished ideas,” Afeni said when filing the lawsuit. “Using the blueprints he gave us, I am committed to fulfilling this duty…[We] will find innovative ways to continue to keep his music, his message, and his legacy alive.”

Tupac died at the age of 25 in 1996 in an unsolved drive-by shooting in Las Vegas, Nevada.

Death Row Records originally had the rights to Tupac’s music, but the label sold them to Entertainment One in 2006.