« How Does the Social Security Earnings Test Work? | Main | Should I Use a Corporate Trustee? »

Is Your State Rolling Back Its Estate Tax Exemption Amount?

“The Trump tax cuts made federal estate taxes a thing of the past for most Americans. By doing so, they wreaked havoc in several states that tied their state estate taxes to federal law.” 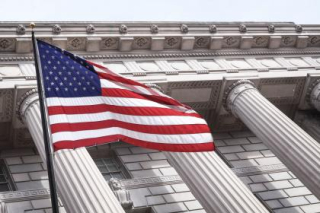 Many states have had their estate taxes tied to the federal threshold. Therefore, the threshold when state estate taxes kick in, is now $11.18 million per person.

That made it easy to remember both taxes. However, Forbes’ recent article, “States Rebel, Won't Conform To Trump Estate Tax Cuts,” that with the recent tax reform, some states are realizing that they can’t afford to keep pace with the moves the feds are making.

Connecticut, a state that used to have one of the toughest estate tax structures, may have the most generous exemption out of the states that still impose their own death taxes. There are 17 states and the District of Columbia that continue to impose either an estate tax or inheritance tax, with Maryland being the one state with both. Let’s look at what some specific states are doing:

The District of Columbia. The estate tax exemption in DC would have gone up from just $2 million to $11 million (indexed) in 2018. However, the city council dropped the exemption to $5.6 million in June, retroactive to January 1, 2018. This change is part of the budget being reviewed by the DC mayor and is expected to be approved. The exemption will be indexed beginning next year, using a special formula.

Hawaii. The Aloha State’s estate tax exemption for 2018 will be $5,490,000. That’s identical to what it was for 2017. However, the state legislature has amended Hawaii’s estate tax law, so the threshold amount matches federal law as it existed on December 21, 2017 (before the tax cuts). That’s $5 million, adjusted for inflation from 2011. The revision was signed into law by the governor this past summer.

Maryland. To keep this state’s estate tax exemption from rising from $4 million this year to $11 million (indexed) in 2019, state legislators agreed to a new fixed dollar amount for the Maryland estate tax exemption for 2019 and beyond of $5 million. The legislation does add portability, which allows a surviving spouse take advantage of their late spouse’s unused exemption. Their inheritance tax remains the same.

Maine. The state’s House and Senate recently voted on a compromise that will tie the Maine estate tax exemption to federal law, as of December 31, 2017 ($5.6 million for 2018). The governor allowed the tax bill to become law without his signature. He explained that he wouldn’t sign it, because it didn’t abolish the estate tax. Therefore, the Maine estate tax threshold is $5.6 million for 2018, with inflation adjustments starting in 2019.

Connecticut. In the fall of 2017, just before the Republican tax cuts, Connecticut modified its estate tax law to phase in its estate and gift tax exemption to match the federal exemption by 2020. The latest change—signed into law in June—lengthens the phase-in to 2023.

Check with your estate planning attorney to see if your state has state estate taxes and how they may impact your planning.