« How Do I Calculate My Estate Taxes? | Main | Rapper’s Unreleased Recordings to be Returned To His Estate »

Did Microsoft Founder Paul Allen Have an Estate Plan?

“The question isn’t whether the secretive Microsoft founder structured his finances for maximum posthumous impact. It’s whether the plan is so well-designed that we’ll never find out.” 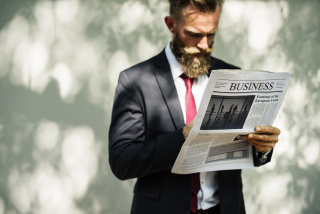 People who knew Paul Allen say he had a long-term plan. They say his money has been working in secret for decades now, arguably outside his immediate control. Wealth Advisor’s recent article, “Paul Allen Had A $20 Billion Estate Plan (The IRS Can't Touch)” notes that fact will made it difficult for the IRS to get a share of the estate.

Allen left Microsoft back in the 1980s due to a mild form of lymph node cancer. It was the disease that ultimately killed him.

Allen was rich, so he spent his life engaging in a wide range of interests, like venture capitalism, research, real estate development, yachting, sports and music. His fortune flowed through a holding company. Subsidiaries of Vulcan Inc. ran his investments, as well as his charities, sports teams and high-tech toy collections. Vulcan isn’t a conventional family office, so there’s no division between the principal and his interests on the “family” side and the day-to-day operations on the “office” side. That makes it much harder to separate Allen’s personal estate from his corporate interests. He was sole owner of the company, but the company owned everything else.

The cancer came back 10 years ago. He licked it then, but probably took that as a wake up call to be sure the operations would continue without him. Execs at his company have mentioned his plan for continuity. Therefore, Vulcan will look exactly the same without him, as it did when he was running it.

Vulcan invested billions into reshaping Seattle, purchasing real estate and sometimes selling it for big profits. He owned the local sports teams and a few of the museums. Vulcan also ran the most prominent local movie theater. On the business level, Vulcan was the vehicle through which he bought into the start-up companies that he liked.

Allen was never married, and his sister and her children were his only close family. His sister was a key employee at Vulcan, but Paul kept control and full ownership. She moved to the family foundation side. Her three 20-something children are probably well off, and the older ones have already worked for family businesses. The youngest is still in school. These children will most likely find spots at Vulcan, but whether they ever own the company in their own right is unknown.

While the foundation is too small to own the firm, it could inherit Vulcan. In that situation, the heir isn’t going to pay much of an estate tax on the gift. Allen signed the giving pledge, and handing formal ownership of the firm to the foundation satisfies that objective. Vulcan would continue unchanged, following its founder’s instructions to invest in his interests and fund his causes.