« Is an E-Will Legal? | Main | How Large Was the Rhinestone Cowboy’s Estate? » 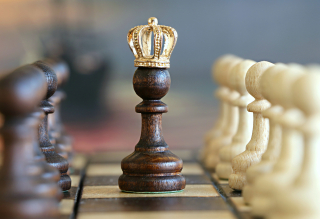 The Mississippi Supreme Court heard the appeal of a dispute between a mother and son, Carolyn Ware ("Carolyn") and Richard Ware ("Richard"), regarding the distribution of shares of stock in three closely held corporations. The shares were being held by the estate of the deceased husband/father, Frankie Don Ware ("Frankie"). Frankie's will directed that the shares be distributed to a testamentary trust.

Mississippi Supreme Court recently decided “In re Estate of Ware v. Ware.” The Presiding Judge, Michael K. Randolph, wrote in his opinion that the primary purpose of the trust was to provide the income and principal to Carolyn during her lifetime. Frankie’s will stated that upon Carolyn's death, Richard and his sisters were to receive only income benefits from the trust, and that his grandchildren were to receive the income and/or principal for their medical and educational needs.

After Frankie's will was admitted to probate, Carolyn, as executrix, filed a petition to close the estate and to distribute the assets, according to Frankie's will. Richard filed an objection to the closing of the estate, asserting a section of each corporation's bylaws that required shares to be offered back to the corporations prior to any transfer. He argued that because Carolyn, as executrix, had not yet offered the shares to the corporations, the estate, as holder of the shares, couldn’t be closed until the corporate restrictions were satisfied. Carolyn argued that Richard lacked standing as an individual to object on behalf of the corporations. She also said the objection was an unreasonable restraint on the disposition of Frankie's will, and the restriction in the bylaws didn’t apply to testamentary dispositions.

The trial court then held that Carolyn was required to offer the shares to the corporation. Carolyn appealed.

Carolyn argued that Richard's objection to the closing of the estate is a shareholder derivative action, and, therefore, he lacked standing to object. Richard argues that his claim wasn’t a shareholder derivative claim, but rather, an objection to the administration of the estate. Richard argued that because he was named a trustee of the trust created by Frankie's will, he had standing to object to the closing of Frankie's estate.

The Court said that Richard's title of trustee alone was insufficient to confer standing, unless he was enforcing claims on behalf of the Family Trust or was defending claims against the family trust.

To address standing, the Court must determine whether Richard "had the right to participate in this cause of action," Judge Randolph wrote. Whether Richard's action is a shareholder derivative action will determine what law applies, and in turn, determine Richard's standing.

In summary, Richard failed to satisfy the statutory conditions required of shareholder derivative actions. He lacked standing to sue on behalf of the three corporations, because the injury for which he seeks relief, and the issues here, pertain only to the corporations. Therefore, the Court reversed and remanded the trial court's judgment.