Lady Who Killed Husband Can’t Get His Pension, Court Says 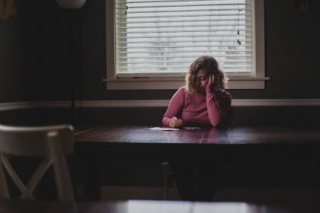 “A woman who stabbed her husband while he slept but was later found not guilty by reason of insanity, isn’t entitled to receive surviving spouse pension benefits.”

A woman judged insane at the time she stabbed her husband is not entitled to pension benefits as his surviving spouse, the U.S. Court of Appeals for the Seventh Circuit recently held in Laborers’ Pension Fund v. Miscevic.

Bloomberg recently published an article, “Woman Who Stabbed Husband While He Slept Can’t Get His Pension.” The article noted that the Employee Retirement Income Security Act (ERISA) generally would require the pension plan to pay the benefits to the woman, because she was the surviving spouse.

However, Illinois has a “slayer statute” that bans a person from financially benefiting from the murder of another.

The federal court of appeals ruled that ERISA doesn’t preempt Illinois’ slayer statute. The Seventh Circuit agreed with the courts that have held that ERISA doesn’t preempt state slayer laws in North Dakota, New York, and Nevada. Most states have adopted these statutes, but the U.S. Supreme Court has chosen not to address the issue at least twice.

The Seventh Circuit noted that the notion that an individual who kills a plan participant can’t recover plan benefits, “is a well-established legal principle which predates ERISA.”

The Seventh Circuit also rejected the woman’s argument that the Illinois state law didn’t apply to her because she was found not guilty by reason of insanity.  However, based on a decision by an Illinois appeals court, the judges held that the Illinois slayer law does apply to bar recovery by individuals who commit a killing but are found not guilty of murder by reason of insanity.

What exactly did the woman do? She intentionally stabbed her husband in his sleep, then she intentionally hit him with a bat to keep him from calling the police, the judges said.

Although she was not able to understand the criminality of her conduct, she intended her actions, the Court of Appeals said.

Reference: Bloomberg (January 29, 2018) “Woman Who Stabbed Husband While He Slept Can’t Get His Pension”