« Planning Ahead with Long-Term Care | Main | Why Does a First Responder Need a Living Will? » 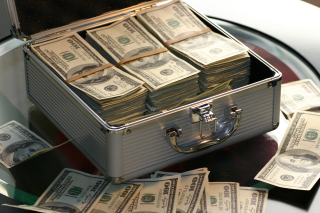 “During his life, William C. “Bill” Marks went from a farm boy in the Grant community to attaining significant wealth.”

By the time he died, William C. “Bill” Marks had become the managing partner in Wilson County Rock Products, Inc., a principal shareholder in Wilson County Concrete Co., an investor in several other businesses and was the owner of numerous development and rental properties, as reported by The Lebanon (TN) Democrat in an article “Marks’ estate endows $1 million to four community groups.”

“Bill once told me that he got his start digging potatoes in Grant and hauling them to town to sell,” said local attorney and former state Senator Bob Rochelle. “He was a smart, hardworking businessman who was very involved in the commercial, political and community aspects of Wilson County.”

Mr. Marks began work on an extensive estate plan in 1997. That plan included the creation of a trust designed to benefit his family for 20 years. Following that, the trust would then be distributed to four charitable institutions, which Marks thought were most beneficial to the community during his lifetime.

Marks was savvy enough to designate trustees to manage the trust assets.

In early May, the trustees, Mike Flanagan and Rochelle and Randall Clemons disbursed the trust funds to Cumberland University, Friendship Christian School, the Lebanon-Wilson County Library and College Hills Church of Christ.

“Bill was a wise man who wanted to give back to his community,” Clemons said. “It has been an honor to help carry out his intent.”

Flanagan said the gifts were given without restrictions.  Therefore, each of the four institutions would be able to decide how to best use the funds for themselves.