« Why Does a First Responder Need a Living Will? | Main | Trimming Taxes for Retirees » 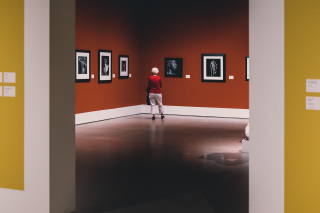 “A Manhattan estate feud over an allegedly purloined painting, could bring a big loss to a famed Las Vegas hotel-casino.”

A Manhattan estate dispute over an allegedly stolen painting could mean a big loss to a large Las Vegas hotel and casino. The Bellagio is waiting for the $1.085 million it believed it was owed after selling one of Pierre-Auguste Renoir’s masterworks, once on display in the resort’s art museum.

Trust Advisor’s recent article, “Pierre-Auguste Renoir Masterpiece At Center Of Bitter Estate Feud,” explains that the painting, “La Balayeuse,” was put up for sale last May by MGM Grand, the company that owns the Bellagio. The painting is described in an auction catalogue as a “hushed, intimate scene of a pretty country girl absorbed in her sweeping.” But MGM and the Bellagio are unable to collect, because the 1889 Renoir work is at the center of a legal fight.

The painting belonged to the legendary art dealer Sam Salz, his sons Marc and Andre Salz claim in court papers. The brothers say that their father’s widow, Janet Salz, wrongly sold “La Balayeuse” in a Sotheby’s auction in 1999. Steve Wynn, the casino mogul responsible for the creation of the Bellagio, the Wynn, and other grand hotels along the Las Vegas Strip, purchased “La Balayeuse” from Janet Salz and placed it in the Bellagio Gallery of Fine Art. The next year, MGM Grand bought the Bellagio and its art works from Wynn.

When the Salz brothers heard of last year’s sale of the painting, they claimed that it really belonged to their father’s estate and that the $1.085 million that Christie’s received from the sale is theirs. The battle over the painting is just the most recent in a long-running fight between the Salz sons and the estate of Janet Salz, who died in 2015.

“Janet perpetrated a decades-long scheme to fraudulently conceal certain paintings from [Marc] and his brother, Andre Salz, to their detriment,” the brothers charge in court papers.

Christie’s has put the money in escrow until the issue is resolved.

MGM Grand said in a statement that the Salz brothers’ claims are “baseless and without merit.” Similarly, an attorney for Janet’s estate called the claims “meritless.” The brothers settled with Janet in the 1980s over similar claims and cannot be allowed to undo it, the lawyer argued.

The brothers entered into a settlement releasing any and all claims they may have had against Janet in all of her capacities for all time. The two did nothing further for 30 years on any of these claims,” the Janet’s estate attorney says in court papers.