« Why Is North Carolina Good for Your Foreign Spouse? | Main | The Prince Estate, One Year Later » 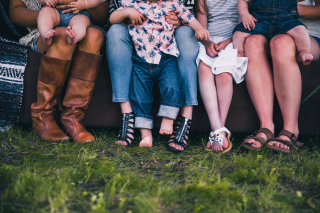 “Age 100 is now a possible goal for young people around the world with good health care.”

The average woman in Japan is now living to 87. But Trust Advisor’s article, “The Rich Are Living Longer And Taking More From Taxpayers,” notes that many Americans are dying younger.

The Society of Actuaries has decreased its life expectancy estimates for 65-year-olds in the U.S. by six months, and the health of middle-aged non-Hispanic white Americans is deteriorating fastest.

These trends show a widening gap between wealthier and poorer Americans. The richest people in the U.S. are getting several years of extra life and are also reaping a financial reward for their longevity. These trends will be important with any changes to Social Security, Medicare and other programs. A mere tweak to one of these programs—like retirement age or benefit formulas—may impact the rich and poor quite differently. The researchers wanted to see how long Americans can expect to live based on their income, focusing on earnings in midcareer, from 41 to 51 and using Social Security data.

An important result of this 13-year life expectancy gap is the fact that Social Security and Medicare are becoming a much better deal for well-off Americans. Thirty years ago, the richest and poorest retirees could anticipate roughly the same amount of benefits out of government programs. The richest received larger Social Security payouts by qualifying for higher checks and by living longer. The poorest got more out of government programs. Medicare benefits were about the same for each group.

Now as wealthier people live longer, they can expect to collect a lot more from Social Security over their lifetimes than the poor. In 1980, a wealthier 50-year-old could anticipate collecting $103,000 more than a poor American. Fast forward 30 years and the gap was $173,000. This shows that Social Security is becoming significantly less progressive over time, due to the widening gap in life expectancy.

Some theories about this notion cite rising levels of substance abuse, obesity, and suicide. Others look at how economic inequality drives health inequality. The cost of good health care has skyrocketed—even for those technically covered by insurance.

Your expected life span is a critical factor in your retirement planning and saving for retirement. The longer you live, the more valuable Social Security is to supplement your savings. Life expectancy trends also affect the long-term finances of entitlement programs like Social Security.