The Worst Estate Planning Mistakes by Celebs in 2016 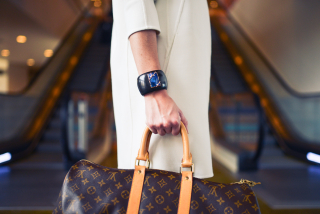 “2016 was a typical year in that, unsurprisingly, families continued to fight over estates.”

A wealthmanagement.com article, “Top Four Estate Disputes of 2016,” gives us a sampling of some of the major estate planning issues among the recently passed celebrities.

Prince. The rock star died in April of 2016 without a will. Since his passing, a will still hasn’t popped up.  As a result, the Minnesota judge overseeing the administration of his estate has had to handle all of the people claiming to be his kids, who’d get a share of his estate under Minnesota’s intestacy laws. The judge has already excluded 30 would-be-heirs from inheriting a portion of his estate. It looks like Prince’s younger sister and five half-siblings were his only heirs. The judge ordered genetic testing to make sure, and pending the results of the tests, they’ll divide his estate, which is valued at about $200 million. The lesson here, of course, is the most basic: complete an estate plan and keep the documents in a safe place where people can locate them when you pass away.

Frank Sinatra Jr. The son of the famous crooner died in March 2016. At the time of his death, his ex-wife Cynthia had filed for divorce and the two were in litigation. They had originally separated in 2001, but continued to live together, even buying a home together during their separation. Sinatra was ordered to pay Cynthia $5,000 a month in alimony and did so for eight years more than the judge required. Cynthia also said he called her his wife at parties. This supports Cynthia’s claim that the two were in a common-law marriage. In 2013, she filed for divorce again, and a Texas district judge awarded Cynthia the second divorce. This judgment included a $500,000 equalization payment, a share of his property, and another $5,000 per month in spousal support. Sinatra’s appeal was pending when he died, and the appellate court reversed the trial court. That court cited the fact that the couple filed separate tax returns, listed themselves as single tenants in common for the house they purchased, and that Sinatra labeled Cynthia as his ex-spouse in tax returns. The court also noted that a common-law marriage requires a specific and mutual agreement in Texas.

Sinatra could have avoided this by being more careful with his decisions and actions (like consulting with and listening to his estate planning attorney!). Many states don’t recognize common law marriage. Where it is valid, however, folks should exercise extreme care so that their actions don’t give their lover a basis to claim that the parties had a common-law marriage.

Jose Fernandez. Marlins pitcher Jose Fernandez died last fall in a boating accident off the coast of Miami.  The 24-year-old was unmarried, and he reportedly named his mother as the sole death beneficiary in his trust. At the time of his death, Fernandez’s girlfriend was pregnant with their child, but because she wasn’t named in the trust and not married to Fernandez, she’ll miss out on millions. It also looks like Fernandez’s child wasn’t provided for in his trust, but the child wasn’t intentionally left out of the will, so little Penelope still is entitled to a portion of the estate. Time will tell if this will end up in court.

Tom Clancy. Best-selling author Tom Clancy passed away in 2013, leaving an estimated $80 million estate that saw a lot of litigation in 2016. Clancy’s estate plan had three groups of assets. One funded a trust for his second wife, Alexandra Clancy, as the sole beneficiary. The second funded a trust for the benefit of Alexandra and Alexis Clancy, the minor child of their marriage. And the final bucket was for the benefit of each of Clancy’s four children from his first marriage. Originally, estate tax on the estate was to be shared equally between the second and third buckets—the four children would be responsible for $7.85 million of taxes, and Alexandra and Alexis would be responsible for another $7.85 million of taxes. But just before he died, Clancy signed a codicil including a clause that stated that “[n]o asset or proceeds of any assets shall be included in the Marital Share of the Non-Exempt Family Residuary Trust as to which a marital deduction would not be allowed, if included.” The Court of Appeals of Maryland said that the codicil shifted the entire tax burden to the four children’s trusts to maximize the amount exempt from federal estate taxes under the marital exemption. The four children will now be jointly responsible for $11.8 million worth of estate tax. That’s a lot of Bourne novels.

The lesson for “regular” folks: sit down with an estate planning attorney and map out an estate plan, then execute the necessary documents. Your personal business might not be the stuff of gossip columns and celebrity websites, but that’s no reason not to protect your current spouse, your children and your legacy by taking care of these matters.