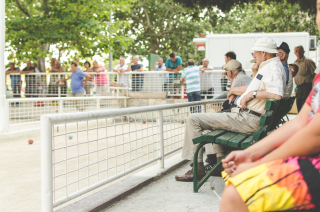 “Retirement is the most expensive purchase most people will make, yet many Americans are underfunding their retirement…”

A new study from Merrill Lynch and Age Wave, part of a four-year, 50,000-respondent investigation into the changing lifescape of retirement, reports that retirement has the highest average price tag when stacked up against life’s other biggest expenses.

A recent article in Credit Union Times, “Retirement Is ‘Life’s Most Expensive Purchase,” notes that the financial support millennials receive from their parents can siphon off retirement funds.

Some experts recommend that you look at retirement as purchasing something in your future, so that it alters the dynamic of how you plan. In other words, you’re trying to accumulate the assets and the ability to purchase a fantastic future.

The study examines the reasons why people aren’t saving more. It discovered that people have a variety of reasons for not saving for retirement.  However, the most frequently mentioned in the study are not having enough money left after paying basic expenses (41%) and paying down debt (38%).

The study also found that there is a significant “intention-action gap” in how Americans are saving for retirement. It looks like Americans know they should be saving more, but they’re not doing it.

People have good intentions, but the study found that there’s a big difference between intentions and actions. Americans, on average, said they think they should be saving about 25% of their disposable income each year.  However, they are saving just one-fourth of that. They’re actually saving 5.5% of their disposable personal income. The savings rate has inched up from a low of 3% during the recent recession. Nevertheless, it’s still less than half the peak rate of 13% in the early 1970s, the study says.