Do I Take My Chances with a Tax Audit? 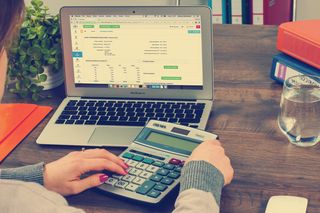 "In 2015, the Internal Revenue Service audited only 0.84% of all individual tax returns. So the odds are generally pretty low that your return will be picked for review."

Even though the odds are pretty low, Kiplinger states in its February 2016 article, "9 IRS Audit Red Flags for Retirees," that your chances of being audited or otherwise getting a call from the IRS increase based on various factors.

Math errors may draw an IRS inquiry, but they don't usually mean an audit. Nonetheless, review these red flags that could increase the chances that the IRS will give the return of a retired taxpayer some very special and unwanted attention.

The overall individual audit rate is only about one in 119, but the odds go up significantly as your income increases—like if you sell a valuable piece of property or get a big payout from a retirement plan.

IRS statistics show that folks with incomes of above $200,000 had an audit rate of 2.71%—about one out of every 37 returns. If you report an income of $1 million or more, there's just a one-in-13 chance your return will be audited. The reverse is also true as the audit rate plummets for those reporting less than $200,000, with just 0.78% or one out of 128 of those returns audited—the majority of these exams were conducted by mail.

Make sure you report all required income on your return because the IRS is good at matching the numbers on the forms with the income shown on your return. A mismatch sends up a red flag and causes the IRS computers to spit out a bill. If you receive a tax form showing income that isn't yours or listing incorrect income, you need to ask the issuer to file a correct form with the IRS.

Taking Higher-Than-Average Deductions. If the deductions on your return are disproportionately large compared with your income, the IRS may pull your return. For example, a costly medical expense could alert the IRS, but if you have the proper documentation for your deduction, you shouldn't be afraid to claim it.

Claiming Big Charitable Deductions. If your charitable deductions are very large compared to your income, it'll be a red flag. Likewise, if you fail to get an appraisal for donations of valuable property or fail to file Form 8283 for noncash donations over $500, you are a bigger audit target. Retain all of your supporting documents, such as receipts for cash and property contributions made during the year.

Failing to Take Required Minimum Distributions. The IRS will check to see that you're taking and reporting required minimum distributions (RMDs). The penalty for not taking your RMD is equal to 50% of the shortfall. Also, IRS looks at early retirees or others who take payouts before reaching age 59½ and who don't qualify for an exception to the 10% penalty on these early distributions. Those age 70½ and older must take RMDs from their retirement accounts by the end of each year, but there is a grace period for the year in which you turn 70½, allowing you to wait until April 1 of the following year.

If you're still employed at age 70½ or older, you can delay taking RMDs from your current employer's 401(k) until after you retire (this doesn't apply to IRAs). The amount you have to take each year is based on the balance in each of your accounts as of December 31 of a prior year and a life-expectancy factor from the IRS.