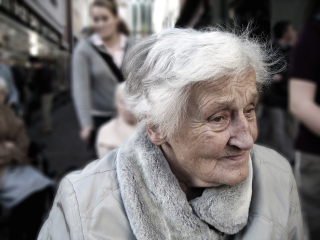 “Women’s long-term participation in the workforce faces a threat from the growing need for elder care.”

A new study reported by The University of Buffalo Now, “Elder caregiving a growing burden to women in mid-career,” finds that as longevity increases, the need for elder care is increasing. Most of that burden falls to women, many of whom are forced to cut back on work or quit to take care of an elderly loved one.

The study found that women caregivers were about 8% less likely to work. After providing care, they were 4% less likely to be working. The study was presented at the Women Working Longer Conference hosted by the National Bureau of Economic Research. The research also found that with caregiving increasing, more current generations of women are more likely to provide care than women previously, since millions of individuals are providing care for their parents or their in-laws.

Data was gleaned from the University of Michigan, which has been monitoring participants for more than two decades. The data used in the study of nearly 9,500 people showed that about 33% of the women had provided care for an elderly parent, parent-in-law, or a spouse. That care can entail assisting a loved one with activities of daily living such as eating, bathing, or dressing. The caregiving for parents, peaks at about 56, and caregiving for a spouse isn’t widespread until the late 60s. In addition, with an aging population, the demand for care is apt to rise. Estimates are that 69% of the elderly will require help with daily activities, and 20% of those people will need assistance for five years or more, with the majority of the help coming from wives and daughters.

With baby boomers retiring, these needs will intersect with the need to retain a productive workforce. The caregiving challenge is growing at a time when more women are in the workforce and are working longer.  However, the National Association of Insurance Commissioners reported recently that 10% of caregivers dropped their hours at their jobs due to the demands of caregiving, and about 6% left paid work entirely. In addition, 17% of caregivers take a leave of absence, and 4% decline to take a promotion.

The economic value of the care given by family members is staggering: a 2011 study for the AARP Public Policy Institute estimated the value of informal care in 2009 was more than $450 billion, more than twice the estimated value of formal care.  This may be at the center of the rise in women taking on caregiving responsibilities.

Reference: The University of Buffalo Now (November 29, 2016) “Elder caregiving a growing burden to women in mid-career”