« What Just Happened? You Need to Consider Estate Planning | Main | How Do I Use an IRA Trust? »

Ever Wonder How People Die? 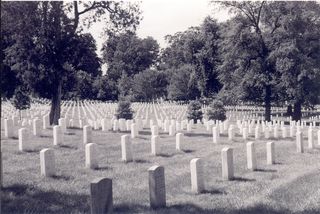 Accidental gunfire claimed 348 lives from 2001-2010 in Alabama, and gunshots of undetermined intent killed 147 in Arizona. And while both resulted in far fewer than 1 death per 100,000 people, the rates are unusually high compared to rates nationwide, according to a new study released by the Centers for Disease Control and Prevention (CDC). By comparing the mortality rate of 136 causes of death at state and national levels, the CDC found the most common atypical ways people died in every state.

A recent issue of Time magazine discussed these statistics in an article titled, "The Surprising Ways Americans Die in all 50 States."

The article says that flu mortality rate was abnormally high in colder states like Maine, Wyoming and the Dakotas, but the coldest state–Alaska–had unusually high deaths from boat and motor transportation accidents. HIV killed 35 out of 100,000 people in DC, which is more than eight times the national rate of four.

Included in the last category are thousands of deaths of unknown cause, listed by the CDC as “unspecified events of undetermined intent.” These were unusually common in six states, like Maryland with 6,588 mystery deaths.

You can take at least some of the mystery out of this by planning your estate with an experienced estate planning attorney. Although we don’t know exactly how the end will come, you can give some comfort to your loved ones in knowing that they will be cared for and that your assets will be distributed according to your wishes.

For more information on Estate Planning please visit our site